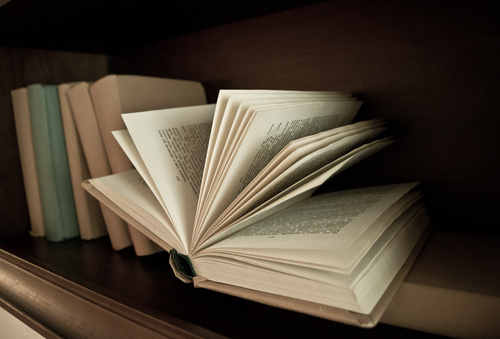 This website is outdated. Please use the new version at http://www.ossetic-studies.org/index.php?lang=en

Ossetic belongs to the Iranian genus of the Indo-Iranian branch of the Indo-European language family and is considered, along with Yaghnobi, to be one of the only two surviving North-East Iranian languages. According to official data of the Russian census of 2002, there are more than 500 000 Ossetians living in Russia; their total number is about 700 000. According to Ethnologue, the number of speakers is 641 450. Based on recent data, however, presented in Kambolov 2007 and in the UNESCO Atlas of the World’s Languages in Danger (vulnerable status, 550 000 speakers estimated), and also based on the project participants’ personal experience, the real number of speakers is much lower than officially stated and is steadily decreasing due to growing urbanization and the influence of Russian.

For the most part, Ossetic is spoken on the territory of the Republic of North Ossetia—Alania, part of Russia, and in South Ossetia, located in South Caucasus. There are also small communities of Ossetic speakers in Turkey, Georgia and other countries.

On this site we provide materials on all dialects of Ossetic: spoken and written interlinear texts, handouts and papers by the project’s participants, and also scans of grammars, dissertations and articles. For the most part, the material presented herein has been collected during fieldtrips to North Ossetia in 2007-2009.

Any original materials presented herein can only be used with reference to this webpage.

Current participants of the project are:

Julia Mazurova (Institute of Linguistics of the Russian Academy of Sciences, Moscow, Russia)

The first fieldtrip to the Republic of North Ossetia—Alania took place in winter 2007 with the following participants: Arseniy Vydrin (lead member), Vitaly Volk, Nataliya Stoynova. Invaluable aid in organizing this field trip was provided by Aslanbek Guriev. Most of the time in the field was spent in the village of Dargavs (Prigorodniy district). It was during this trip that most of the Iron oral texts presented here were recorded.

Since then, five more fieldtrips have been carried out. Their participants were Oleg Belyaev, David Erschler, Julia Mazurova, Vitaliy Volk and Arseniy Vydrin. In summer 2007 we worked in Dargavs, in winter 2008 — in Dargavs and in the Department of Ossetic philology of the North Ossetian State University, in the city of Vladikavkaz. In autumn 2008 and spring 2009 some of the participants (Arseniy Vydrin, Oleg Belyaev, Julia Mazurova) undertook a field trip to the area where Digor is spoken: the villages of Zadalessk, Nar, Macuta, Dzinaga, Galiat, Akhsau, Makhchesk, Vakac, and where the mixed Iron-Digor Wallagkom dialect is spoken: the villages of Kamunta and Dunta. During these fieldtrips the Digor oral texts presented here have been recorded and analysed.

In the areas where Digor is spoken which we have visited, the inhabitants speak the Stur-Digor patois of the Digor dialect. One of the peculiarities of this dialect is the pronounciation of the phonemes /dz/, /c/, /c’/, /z/ and /s/ as /dž/, /č/, /č’/, /ž/ and /š/ before front vowels, and it is reflected in our notes on transliteration here.

In the beginning of 2010 a field trip to South Ossetia was undertaken for the first time by Oleg Belyaev and Natalia Serdobolskaya. During this field trip the researchers have visited the city of Tskhinval and the village of Khetagurovo, where about 4 hours of oral texts in the Kudar dialect have been recorded.

The project participants are thankful to the Russian Scientific Foundation for Humanities (RGNF) for financial support. The research of Ossetic has been carried out with support from the following grants:

We are thankful to the following scholars of Ossetic and other fellow researchers in Vladikavkaz for their help in finding informants and for consulting us on various aspects of Ossetic grammar:

We would like to express our special gratitude to Aslanbek Guriev, who helps us in organizing regular field trips to North Ossetia; to Islam Sasiev for his cordial hospitality in Dargavs during fieldtrips of 2007 and 2008; and also to Doctor of Philology, Prof. Takazov Kh. A. (chair of the Department of Ossetic Philology of North Ossetic State University) and Mairbek Khaymanov (director of the V. A. Gacolaev boarding school, village of Macuta), without whose support our fieldwork in Digor areas would not have been possible.

We express our special gratitude to the vice-speaker of the Parliament of the Republic of South Ossetia, Doctor of Philology Dziccojty Yu. A. who has greatly aided us during our visit to South Ossetia in winter 2010.

We are also thankful to all of the native speakers who had agreed to work with us: the inhabitants of the villages of Dargavs and Macuta, the teachers and students of the boarding school in Macuta, the students of the Department of Ossetic Philology in Vladikavkaz, PhD students and fellows of the V.I. Abaev North Ossetian Institute of Humanitarian and Social Research.

Finally, we would like to thank the Laboratory of Field Research of the Institute of Philological Research, St. Petersburg State University, and its system administrator, Kirill Maslinsky, for providing us web hosting for this resource.

Interlinear texts that have been analyzed by our project can be accessed here.

For writing down the texts we are using the standard Ossetic orthography which adequately reflects the phonology and morphology of the language, however the phonetic value of a few signs is not trivial. You can find a table of correspondences between this orthography, IPA symbols and the working transcription we use in our English-language publications here.

The oral texts in the Iron dialect have been recorded and analyzed (to varying degree) by Oleg Belyaev, David Erschler, Julia Mazurova, Nataliya Stoynova, Vitaly Volk and Arseniy Vydrin. Final editing of the texts to be published online has been carried out by Oleg Belyaev.

In Russian and Ossetic:

ironau.ru — Ossetic language on-line. Reference and study material on Ossetic, including texts in Ossetic and scans of some grammatical works. Forum.

iriston.com — History and culture of Ossetia. This site contains some scans of grammars, including «Ossetic sketches» by Vs. F. Miller. Has a forum.

This section of the website is being supported and updated by Oleg Belyaev (obelyaev[at]gmail.com) and Arseniy Vydrin (senjacom[at]mail.ru). All technical questions related to the format of this section and the Ossetic texts should be directed to the following e-mail: ossetic.studies[at]gmail.com .